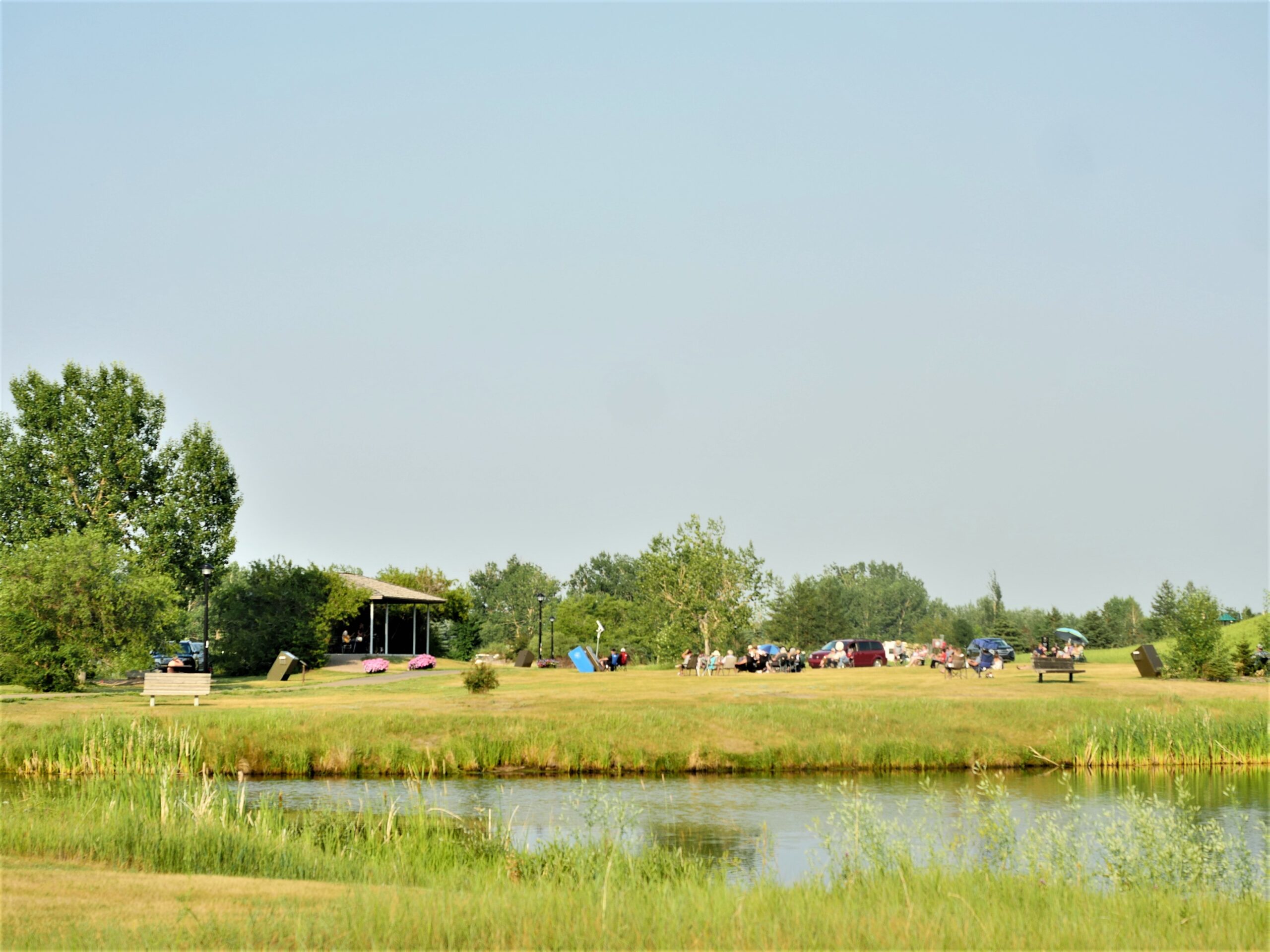 Entertainment in the Park – Season Opener – The Jazz Guys

Music in the Park returns to West Stettler Park in June with an amazing 2022 season line up of entertainment!  Wednesday evenings throughout summer bring your lawn chair, invite your family and friends and enjoy a free, live concert starting at 7:00p.m.

A group made up of local friends and neighbors who have a passion for music.  The Jazz Guys are a well known favourite in Stetter and are the perfect choice to kick off the Music in the Park season!

It’s time to celebrate and this is an evening you won’t want to miss!!  Cupcakes will be served at 7:00p.m. courtesy of the Town of Stettler.  Music by Loose Change will start at 8:00p.m. and the evening will finish off with a firework show at dusk!

Stettler is Kym’s hometown and she is excited to come play for you!  You can find her music on Spotify and Apple Music and she has a show on Youtube called Kym’s Korner!